At long last I have discovered the missing key to understanding the universe! In a lucid waking dream, I had complete understanding and command of everything I could imagine or puzzle over and, in this dream, I was busy writing down equations and formulas and solving all the problems on my mind, I felt at peace and in harmony with everything. When I awoke I forgot the formulas and equations that I wrote down in my dream but realized that the formulas were irrelevant because the missing link to understanding the universe is quite simple and doesn't require a lot of mathemetics: 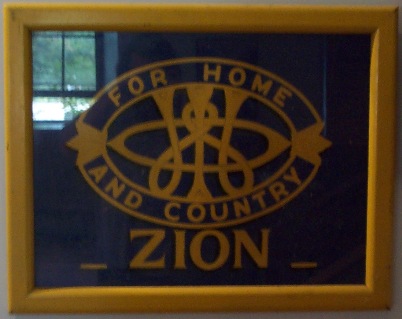 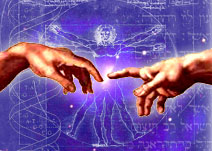 String theorists and other mathematicians allude to extra dimensions as either too small to perceive or to large and explore manifold theories and other constructs to model infinitesimal point notions. The information continuum and dimension stares me in the face each morning when I wake to the faces of my family and when I stare at myself in a mirror. The information dimension is certainly not invisible.

The lure of physical realities being perfectly described by uniform equations and power laws is attractive but, much like the failure of chemical fertilizers to continue to perform effectively on factory farms as advertised, modeling reality and generalizing with uniform power laws representing uniform fields leads us inevitably to uncertainty and even breakdowns in the ability of a model to predict. Uncertainty is in part our lack of profound or integrated reflection and knowledge of a subject; uncertainty is itself introduced with physical models that gloss over .imperfection. in favor of ease of calculation without considering all of the facts associated with the subject. Scientific determinism and mechanism applied to life is friendlier, understandable and gracious up until the un-thought of cataclysm or discontinuity occurs. Discontinuity is at the essence of life form in this universe.

The mathematical methods of calculus were tools invented to extrapolate our imagination and ideology of uniform fields and geometry that we could see and touch to an imaginary, infinitesimal level. To project perfectly formed fields and surfaces onto our perfectly formed mathematical ideology we had to introduce infinity and imagine what sequential and reproducible pattern any given surface would follow should we progressively approximate it with slices approaching infinitely thin widths; an extension of Archimedes. method and brilliance. But with real life and real materials the slices describing the surface in fact do not follow our ideal model once they reach a certain scale but rather tend to follow a fractional progression or irregular and perhaps random sequence towards the infinitesimal yet, all the while, following the average shape we imagined at our narrow bandwidth of thinking and measurement and, of course, within our means of manufacturing. A real surface and shape is everywhere discontinuous and nowhere near as ideal as we like to think as we approach the infinitesimal where our models break down. In fact, many applied scientific methods use empirical methods to model what happens after the discontinuity occurs in many ideal models of physical phenomenon.

Even the most deeply entrenched quantum entities such as the charge of an electron are approximations and ideology. Cite the recent observation of fractional charges in 1998:

This is our clue to the requirement for a more robust and integrated mathematical treatment or cataclysmic improvement in our model of reality and physical fields. There were many earlier clues such as the quandary of the equivalence principle and then perhaps again when we realized that there had to be a thing called dark matter to account for strange velocity anomalies observed in galactic structures. Grounded on earth perhaps puts us at the trunk of the afore-imagined fractal gravitational field and reveals to us the strange equivalence of feathers falling as quickly as lead weights that somehow goes against our intuitions.

My personal belief is that every decision, idea and action is both flawed yet reflective of the perfection and beauty that can be observed both in nature and fostered over time in the communication and creative exchange with others. The notion of an intelligent designer is both foreign and unnatural that rubs against a sense of personal freedom even though this sense can be hedonistic and ideal in itself. This is probably the same feeling that many who are grounded in the stability of the objective scientific method or other such pattern of describing or controlling environment would have when considering the paradigm constructs and physical laws or controls as only fleeting. Yet there is a universal line of balance where personal hedonism is balanced by realities of personal tragedies that eventually happen to everyone. In this respect the notion and interjection of an intelligent designer is possibly less frightening than accepting the disquietude and inevitable entropy resulting of free will of all things in the universe. Intelligent Design is a concept that extends the safety and comfortable protection of determinism and continues to gloss over the imperfection introduced by the free will of all things combined in the universe (the universal pull of entropy).

Determinism is ultimately balanced by free will in cataclysmic explosions where new emergences can replace and consume old. Determinism and perfect symmetry are broken by creation, are shattered by supernova and other life and death cycles of creation, are continuously expanding in depth, and are confounded by the connection we have to everything else each with purpose to survive the miraculous and perfect journey through life.